Virtual Reality: AR you seeing this?

Virtual reality is a concept that's been around for a long time but it only started to venture beyond the realms of science fiction in the late 1980s. By the start of the new millennium, films like Tron and The Matrix reimagined what VR could be, which paved the way for a tech explosion in the 2000s that brought us the modern, head-mounted, motion tracking, high-resolution displays we recognise today.

But VR isn't the only player anymore. Augmented reality is arguably the most accessible other reality, utilising the ever-increasing capabilities of smartphones. The boundaries of how we view and interact with the world are being pushed even further with developments in mixed reality.

In this episode, host Michael Bird speaks with HPE Chief Technologist Matt Armstrong-Barnes about how VR and AR are changing the way we interact with the world and where the technologies could potentially be used in the future. We hear about the advances in hardware and software that will further the democratisation of VR and AR with HPE Chief Technologist, Alex Haddock. Michael also discusses the emergence of MR and XR and how they're shaking up the entertainment industry with Dimension Studios' Director of Strategic Partnerships, Lauren Dyer. Plus, Leslie Shannon, Head of Ecosystem and Trend Scouting at Nokia, paints a picture of a VR and AR future powered by 5G infrastructure.

The long show notes for this episode can be found here: https://community.hpe.com/t5/HPE-Blog-UK-Ireland/Virtual-Reality-AR-you-seeing-this/ba-p/7142323#.YO05HuhKiUk 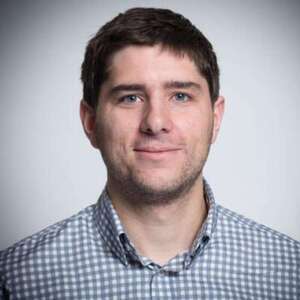